NOTES ON MOURNING invites an Oppari performer to discuss the tradition of mourning on stage. Opparis are professional mourners in Tamil Nadu (Southern India). These mourners belong to the living tradition of Oppari, practised mostly by women who perform bereavement at a person's death. Opparis are rich in wordplay, and improvise lyrics, melodies, and the art of ‘crying’, often for something in return (offerings, gifts, money). However, the tradition is dying out in contemporary India.

Jayalakshmi, an Oppari performer, introduces the tradition and perform songs of mourning. She is in conversation with Arivazhagan, a young Tamil researcher who also belongs to a family of mourners. This event seeks to address questions arising from the practice of mourning that extend beyond the single event of one deceased body. Does a refusal to mourn condemn a trauma to repeat itself ad infinitum? Can repeated mourning ever take form as a productive practice? How can we (un)learn through exposure to absence, to desertion? ‘NOTES ON MOURNING’ is a live-interview-performance event, where we ask these and more questions. 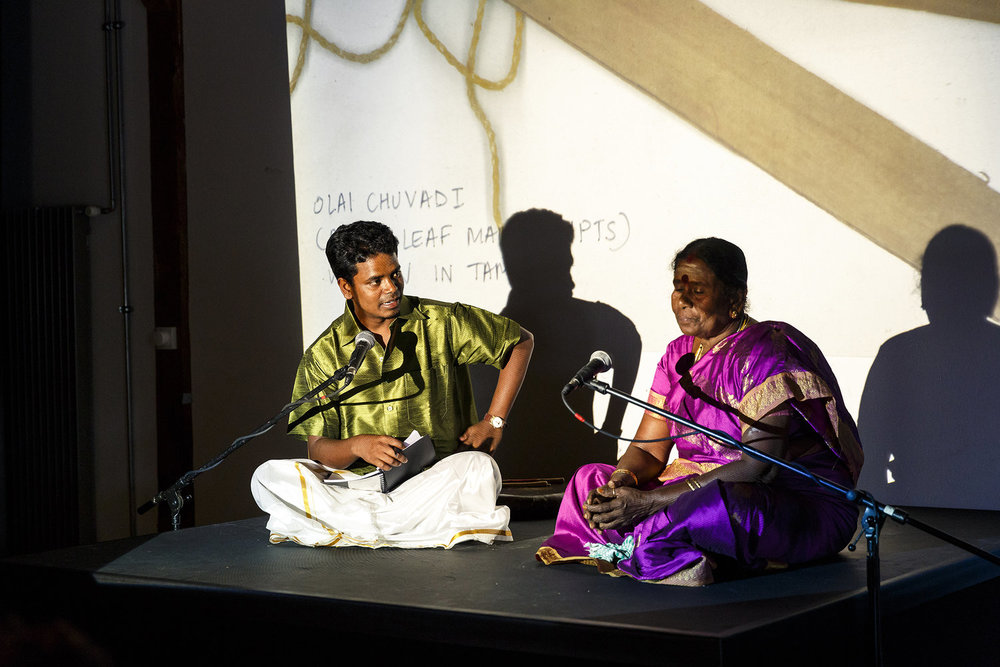